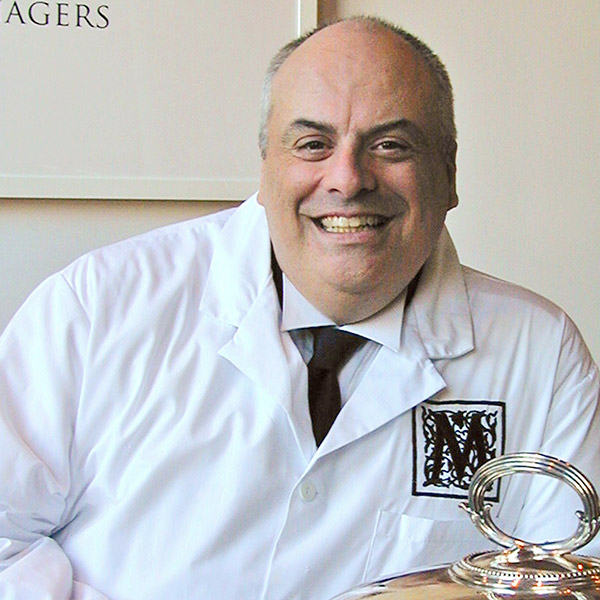 Media personality, bestselling author and sought after international speaker. Founder and President of his firm that offers consulting, training and placement services to the luxury residential & hospitality market worldwide.

Since his start in 1991 as Major Domo to one of Canada’s most prominent families, Charles brings years of experience in Household Management.

Charles has consulted with both residential and hospitality clients in North America, Europe, Middle East, South Africa, and Asia, and is globally recognized as a world authority on staffing, training, planning and managing in the fields of Household Management and Butler Service.

His resume also includes assignments with major companies such as The Ford Motor Company, The Boston Consulting Group, Royal Bank of Canada, Astellas Pharma, Louis Vuitton, Veuve Clicquot Ponsardin and The Macallan, to improve and offer insight on exceptional customer service from a butler’s perspective.

In 2009 Charles opened The Charles MacPherson Academy, located in Toronto, Canada. The school is a registered private career college under the Private Career Colleges Act, 2005 and is the only butler and household management school of its kind in North America. The curricular mandate of the school’s program is to turn out skilled professionals who meet the service demands of the 21st Century.

In 2011, Charles became a member of the prestigious PDA-POA (Protocol & Diplomacy International – Protocol Officers Association) and is a founding member of DEMA (Domestic Estate Managers Association). Charles has been a keynote speaker at events hosted by Kissimmee Tourism Bureau, Institute Law Clerks of Ontario, The Leading Hotels of the World and APNA (Association of Premier Nanny Agencies).

In addition to his full time duties at Charles MacPherson Associates Inc., Charles has published two books: The Butler Speaks and The Pocket Butler. His first book, The Butler Speaks, is now in its fifth printing as a revised and updated paperback edition. Charles has been a weekly guest expert on The Marilyn Denis Show for the past six years.